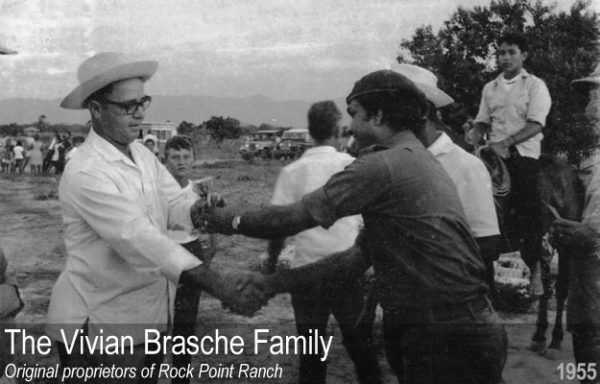 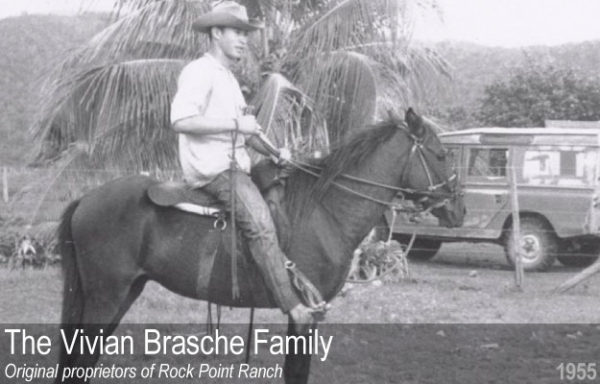 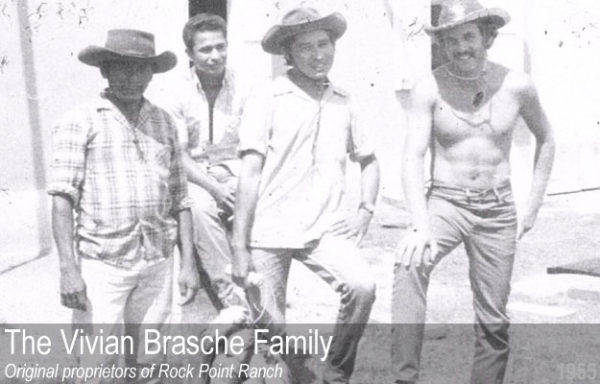 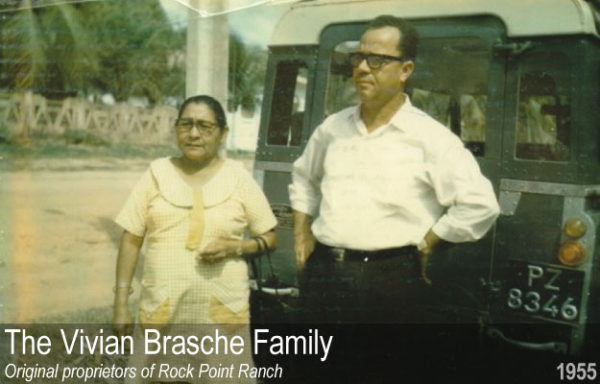 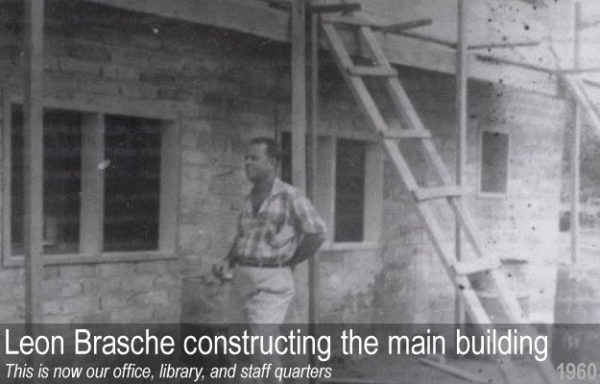 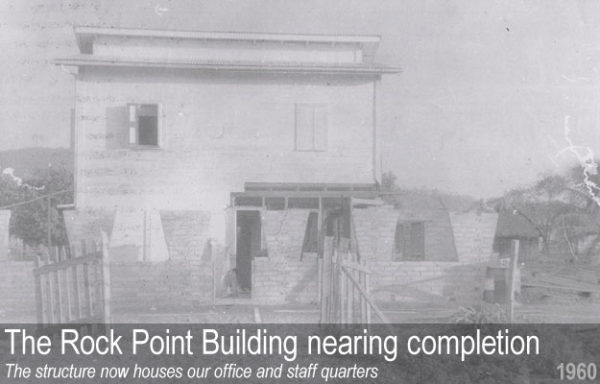 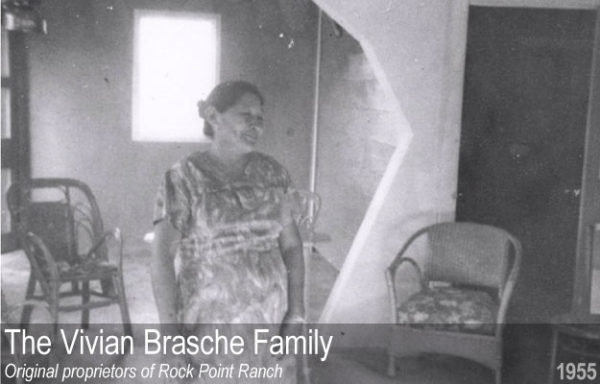 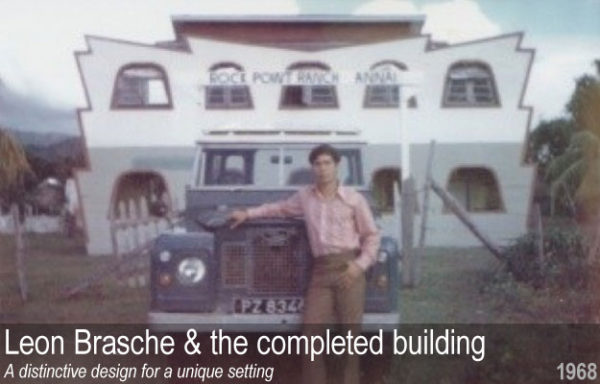 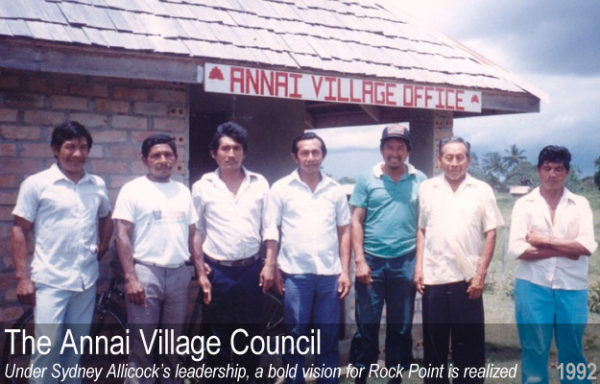 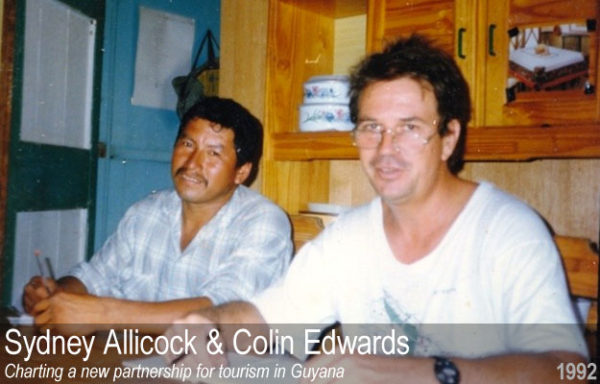 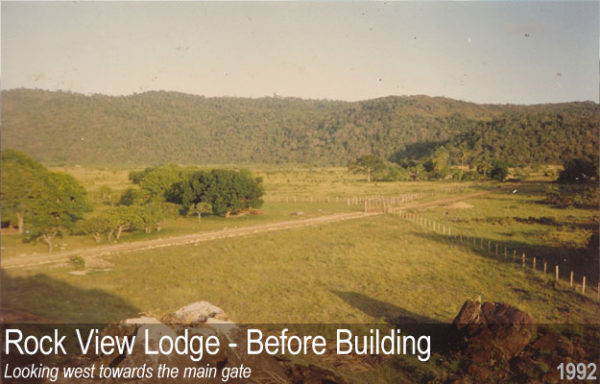 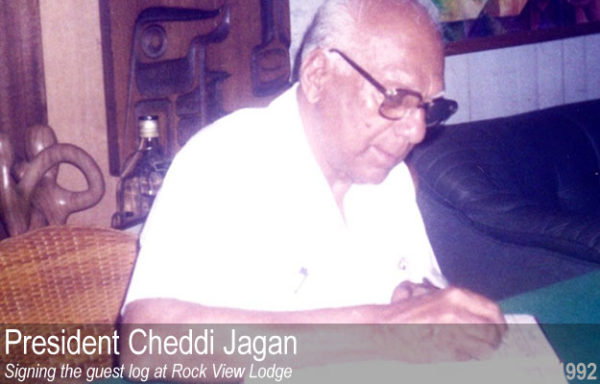 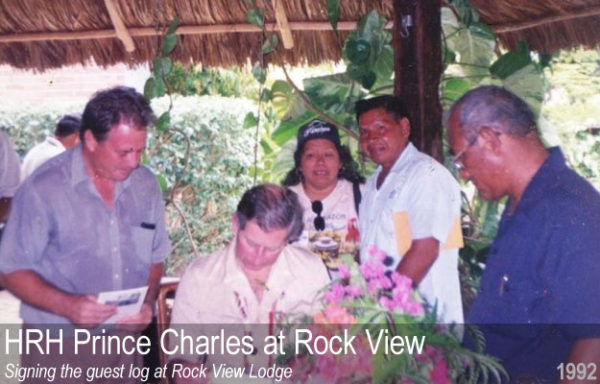 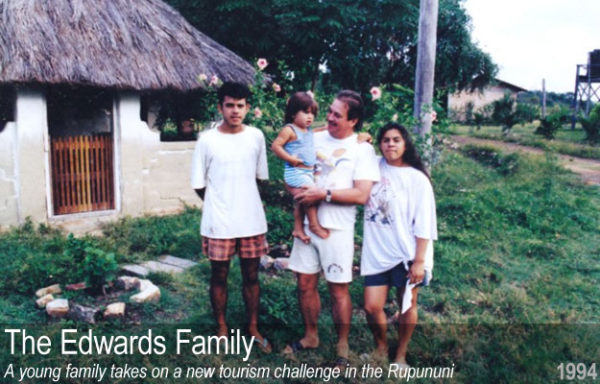 As we celebrate nearly 30 years here, we invite you to look at how our family has grown and evolved over the decades

The old ranch of Rock Point was purchased by Colin Edwards in 1992 from the Fredericks family who had been rearing cattle here since 1969. The old ranch house dated back to the early 1950’s when a couple of coast-landers started the construction of this unusual building with the intention of setting up a guest house to offer accommodation to the ranchers who were involved in the Rupununi Cattle Trail drives. This epic journey entailed cattle being driven by vacqueiros in herds of hundreds from the world’s then-largest cattle ranch at Dadanawa in south Rupununi to the coast of Guyana, some 400 miles distant, to the village of Surama where the footmen would then continue the long journey through a narrow corridor in the rainforest and across the great rivers in pontoons until the surviving cattle reached the coast to recover and fatten up again before going on to the consumer. These men from the coast were then succeeded by Vivian Brasche who came to Annai as a policeman stationed at the police station to later settle down with Gina, daughter of Nathan of the Pombaru Ranch by Mountain Point.

It is interesting therefore to note that the present day partnership known as “The Ranches of the Rupununi” involving the ranches of Dadanawa, managed by Duane and Sandy de Freitas, Karanambu, managed and owned by Dianne Mc Turk and her family and Rock View to have had this long standing historical relationship. Though Dadanawa is not longer what it used to be back in its heyday when cattle were plentiful and there was always a ready market for beef along the coast, the stewardship of Duane and Sandy with the encouragement of Dianne as a director of Dadanawa, a new role through nature based and community tourism has been found for this historical ranch that was established by the legendary Scott, Mr. H.C.P. Melville and his Wapishana family.

It is therefore most interesting to see that the present day partnership which is so vital to the very success of our work is in fact following along the famous old cattle trail from Dadanawa in the south across the savannahs to Annai and Rock View and on to the Iwokrama International Rainforest Programme for research and development at Kurupukari.

It was at the village of Surama where the cattle were once handed over to begin their long journey through the rainforest trail is worthy of note that the Amerindian village of Surama now successfully operates its own community based tourism business. The Allicock family that has been so vital in the leadership of the community at Surama came to Kurupukari through the efforts of the Rupununi Development Company with the cattle trail. It is here on the banks of the Essequibo river at Kurupukari that the headquarters of the District Commissioner of the Rupununi once used to be. For those who may have been lucky enough to have met with “Uncle Fred” or his late brother “Uncle Theo”, they will have been in a position to have heard from them many a tale from their lives building the pontoons for the cattle trail, crossing the cattle over the rapids of the Essequibo river and later on earning their living as balata bleeders, trappers and pork knockers. In fact Uncle Fred, who is popularly known as the “Indigenous man’’ is the person who, as the first station manager at the Iwokrama Centre, established the base camp at the Iwokrama River Lodge as it is today and now he is better known for his commitment to environmental and ecological issues. His vision and work is now being continued by his son Sydney who is currently a trustee of Iwokrama and is recognized widely as one of Guyana’s leading Amerindians.