This is one of the subtle but important trademarks of the Rock View brand of tourism: its intrinsic link with community life and its partnership with growing the tourism business in the wider Rupununi in a way that is respectful of the local people, their aspirations and relationships.

Nearly everyone you see at Rock View has an amazing talent and life story over and above their role as the Rock View staff family. There is the story of the Brasche family, the original owners of Rock Point Ranch that has now become Rock View. Uncle Dennis, whose story in pioneering the Panorama Nature Trail hike on the Mountain of the Sacred Table is also a story on itself. Castro, the Capatache, looks every bit the part with his hat and lasso as he sits astride his horse and rides through Rock View on his daily cattle round-up. But then there is also the fact that Castro from Rupertee Village next door to Rock View is also one of the most talented practitioners of Makushi culture and knowledge holders of the heritage, and he and troupe are among the best performers of traditional dances and songs. Added to which, Castro is also an excellent leather craftsman, making all his own leather tack and tools of the trade. 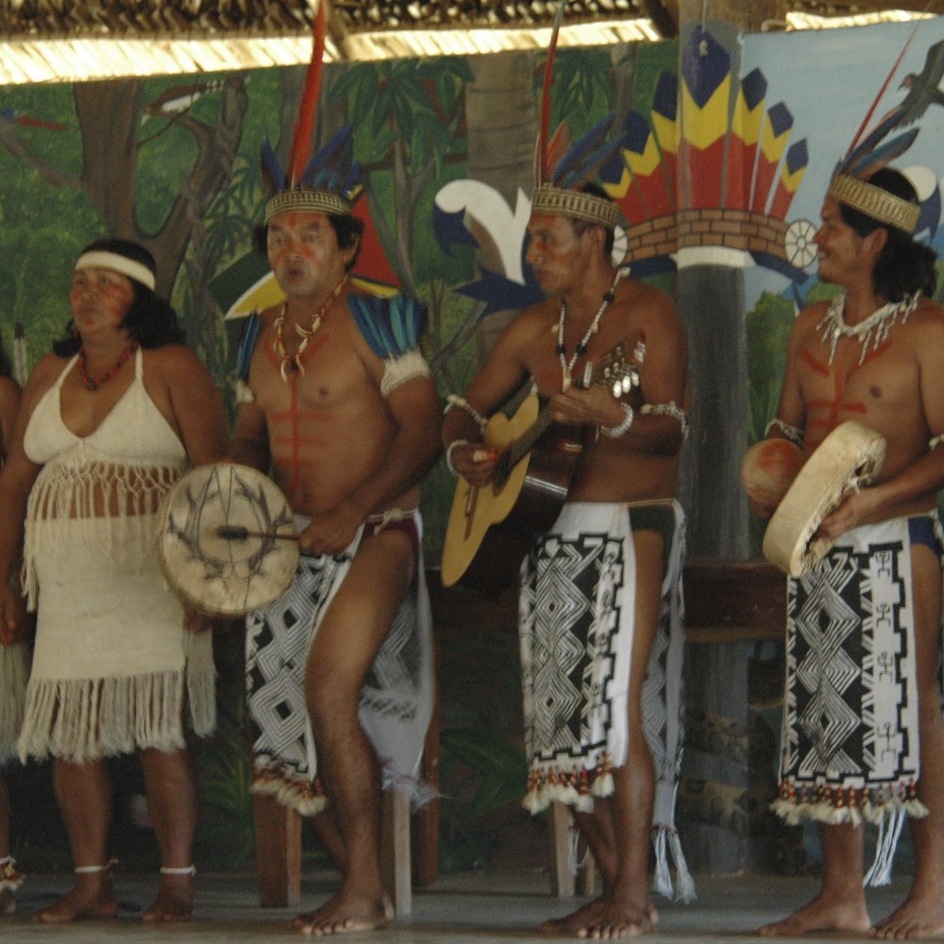 It is generally accepted that the Amerindians of the Americas originate from Mongolia, having crossed the Bering Strait at some remote time in the past. It is possible that this main migration may have been accompanied by some other separate migration across from the Pacific Ocean, but this would have been a less important contributing factor to the Amerindians in their different cultures throughout the Americas. From the Eskimos in the extreme North to the Amerindians of Patagonia, the early settlers adapted extremely well to the very diverse habitats where they finally settled. Notably amongst the most organized cultures were the Aztecs and Mayas of Mexico and Central America and the Incas of the Andes mountains. These prominent civilizations were the most affected by the onslaught of the discovery of the New World by the Spaniards and the Portuguese. However, the forest and savannah people were able to retain their culture until recently in a way that has enabled anthropologists to document the incredible ability of these people to coexist with their environment and develop and cultivate useful plants to such a degree that many have become important agricultural crops as staples in all four corners of the World.

This is one of the great lessons that we can learn from here in the North Rupununi Savannahs of Guyana. In an age of diminishing natural resources, the forest and savannah people of Guyana are almost totally self sufficient with their resourcefulness to coexist with the varying demands on life around them. The challenge is now making itself felt with an ever increasing need to adopt and adapt to new lifestyles that are emerging due to an ever shrinking world in terms of cultural diversity and information technology and the great ease with which people move around in a way never before possible. This challenge, however, should not be considered only in one direction. Ever since the Earth Summit in Rio de Janeiro in 1992 there has been an enormous concern by the so-called “civilized world” to learn from their mistakes and to show greater respect for the life forms around them in all their astonishing diversity. We feel very strongly that all of us have some part to play, be it through the magnificent ideals and mission of the International Iwokrama Rainforest Programme situated on the doorstep of Annai, or through the creation of greater understanding and awareness by visitors coming to Rock View and their interaction with the inhabitants of the North Savannahs. 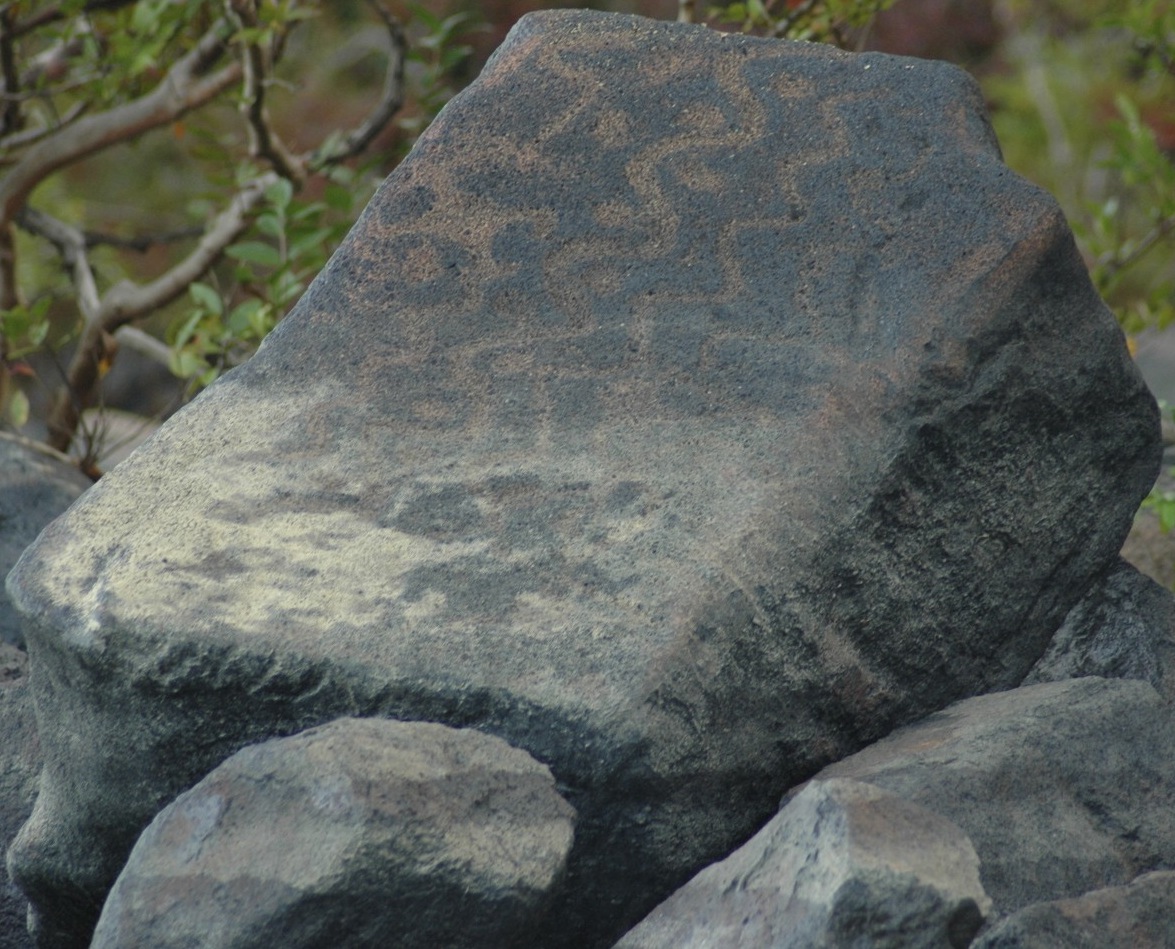 Annai is situated in the North Rupununi Savannahs which is in the heartland of the Makushi people, one of the two Savannah nations of the nine major Amerindian people of Guyana. The others being the coastland Waraus and Caribs, ranging through the mountainous Patamonas and Akawaios to the Wai Wais in the deep Amazon forests of the south of Guyana. The savannahs are generally populated by the Makushi to the north of the Kanuku mountain range and the Wapishana to the south.

The Makushi became famous in the past for the potency of the curare poison which they learnt to make from a variety of different plants with active ingredients which together gave the special quality to paralyze the central nervous system and therefore kill the prey without rendering it dangerous for human consumption. Like all Amerindian people, the Makushi used to travel and barter their product in exchange for other essential items such as pottery, basket work and other items which the different nations of Amerindian people specialized in. However, like all their people they became excellent farmers, their staple being cassava and its many products and byproducts. The farming is of a shifting cultivation type which is ideally suited to the relatively poor soil type. A farm may last initially for three years, to be returned to after a period of five years when the secondary growth would be felled again more easily and then farmed again for a further two years. The land would then be allowed to rest for a much longer period where it would return to primary forest after a period of forty years or more. 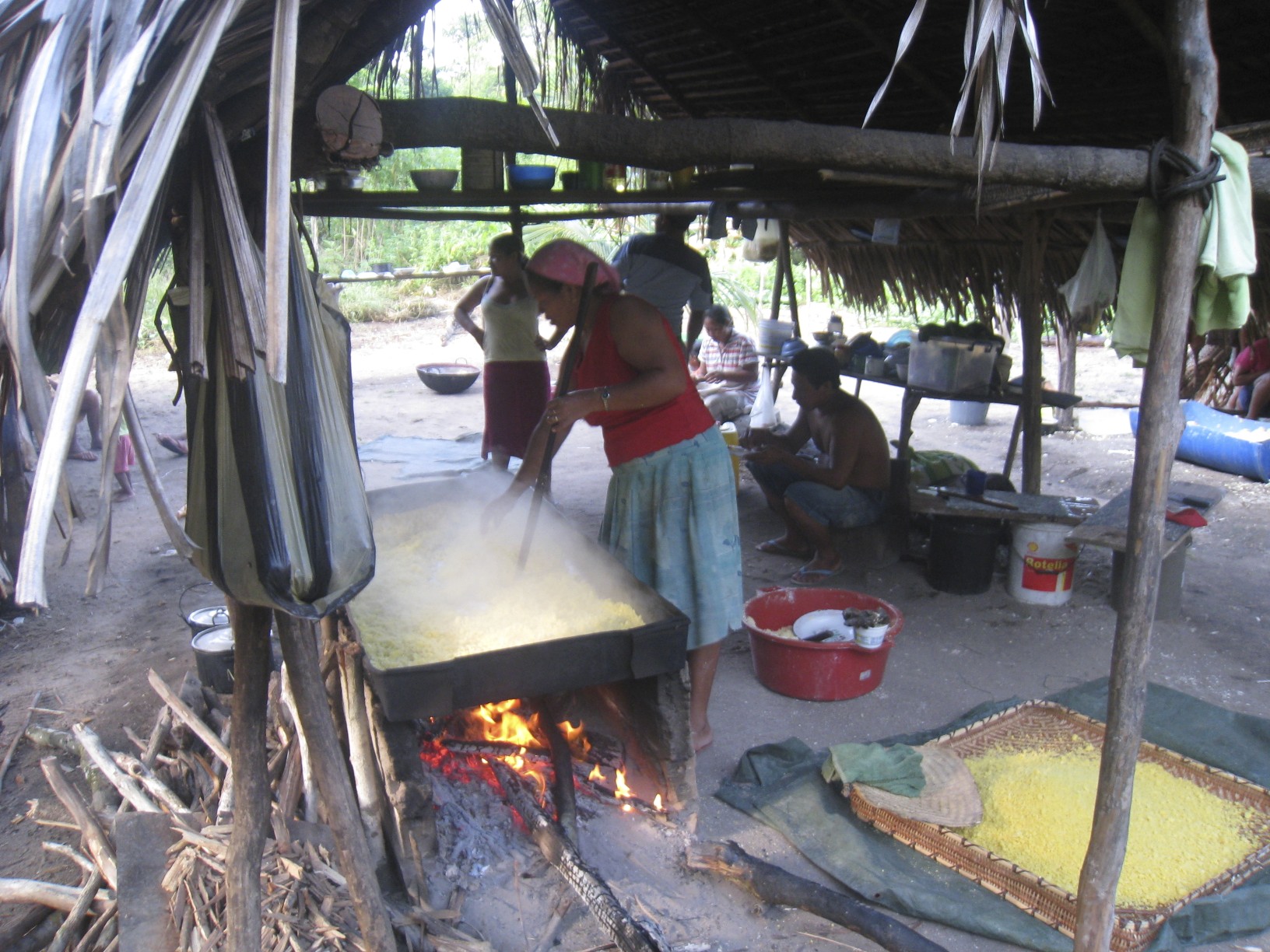 Dependency on subsistence farming is supplemented by hunting and fishing which abound under normal circumstances. This relatively fragile dependency on the environment and the habitat around does require a secure tenureship on the traditional lands that they are entitled to. It is this basic issue that at the moment is most sensitive to the people at a time when there is an ever increasing demand by the world for more land and more natural resources. The people of the North Rupununi Savannahs are very willing to show how they are dependent on their lands and how it is possible to sustainably manage these resources to the mutual benefit of all concerned. Together with the Iwokrama International Rainforest Programme it is hoped that eco-tourism through educational awareness will help to address and sensitize decision makers in the four corners of the globe in such a way that the lives of generations to come will be guaranteed.

The Amerindian people of Guyana organize themselves in a democratic way that should be the envy of many a community. A council is elected every two years as is a Captain or Toushao (the term used in the south of Guyana) and this council decides on all issues within the community. Their authority is total within their traditional lands and only subject to national issues such as security and law and order which become issues that cannot be resolved by the council. It is hoped that the new Amerindian Act will address such issues as subsurface mineral rights and other matters. Visitors to Amerindian areas are required to respect the particular rules and regulations of these councils and it is advisable for visitors always to be accompanied by an authorized member of the community or member of staff. 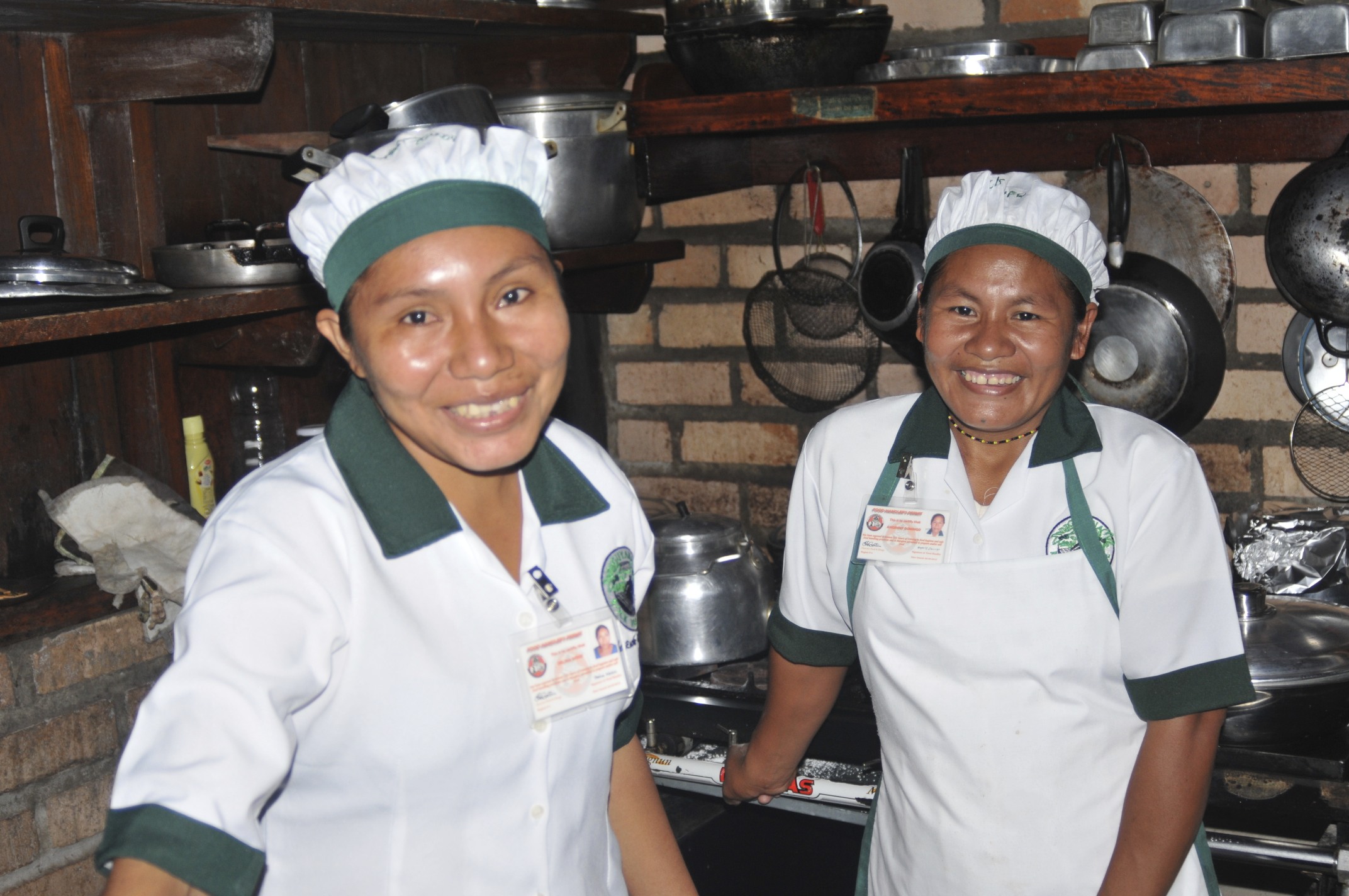 Eco-tourism as an activity in Amerindian areas is something of a novelty to the culture. However, both Rock View and Iwokrama have established nature tourism activities both within and outside the traditional lands of the Makushi in a way that has proven to be accepted by the people. Firstly, the main obstacle was for the people here to understand why tourists should travel so far and at such an expense to share in their lives and experiences which they themselves have always taken for granted. Secondly, it has taken a while for the people to organize themselves into groups so as to handle tourists themselves and create their own infrastructure in the way of boats, a guest house, trails and be trained as guides and manage their own affairs. The village council of Surama has achieved the latter and will be seen as a great example of community-based tourism and what is possible as an income generating activity which is compatible with the lifestyle and culture of the people.